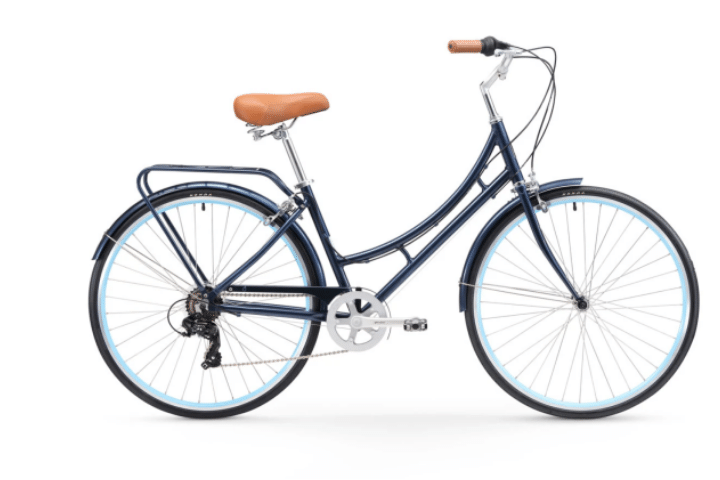 Are you looking for made in USA bikes? Not sure what bikes are made in the USA? We will list some of the top brands owned and operated out of the US.

Biking is one of the most efficient ways to get around, but choosing a good bike can be difficult, especially if you are looking for a brand based in the United States.

That’s why we’ve selected some of the top bikes manufactured in the United States today and categorized them to make it easier to choose the ideal option.

Trek Bicycle Corporation was formed in 1973 in Waterloo, Wisconsin, to produce mid-to-high-end bicycles in the United States. The top-end models at the time were all imported from abroad.

Trek is known for its quality and work spirit. The Model 850 was the first mountain bike they released in 1983, and it was evident right away that Trek was a name to remember.

Every bike series was designed for every rider by the 1990s, from youngsters to athletes to everyone in between. Trek is a big bike company, but it’s best recognized for its high-quality mountain and hybrid bikes.

In all categories, including road bikes, however, the brand is the industry leader. Trek is known for providing the ideal balance of value and performance and being incredibly dependable. Due to its small weight and adaptability in terms of fit and ride quality, the Trek FX series has become a particularly popular model in recent years.

Trek makes a variety of bike types in a variety of pricing levels. It manufactures men’s, women’s, and children’s bicycles, cycling equipment, and apparel.

In 2014, over 25,000 bicycles were made in the United States, accounting for almost half of all bicycles produced.

In 2016, two buddies lost their bicycle equipment to a thief during their regular commuting bikes and launched Fortified Bikes. They collaborated to devise a strategy to make stealing bicycles and accessories more difficult.

They launched Fortified in Ohio after seeing how tough it was to find a solid answer. It just has one goal: to create a bike for ordinary urban commuters. Fortified supplies a selection of commuter bikes that are impossible to stop, last for years, and are not stolen easily.

Fortified is a bicycle manufacturer that specializes in city-friendly hybrid bikes. Fortified now offers three distinct versions, each tailored to a particular sort of urban commuter. Time trial bikes, full-suspension mountain bikes, and carbon racing bikes are not available at Fortified. There is, however, a drive for perfection, a theft-proof commuter bike, a flat tire, and an anti-theft warranty.

Felt is a bicycle company established in California that produces bicycles for both the local and foreign markets. The founder of this bicycle manufacturer, Jim Felt, is the name of the firm. Felt was founded in 1994, resurrected in 2001, and then vanished for years until being reintroduced by Answer Products. The Rossignol Group purchased Felt Bicycle in 2017.

A range of bike types is offered in the company’s inventory. Cyclocross, highways, mountains, triathlons, time trials, cruisers, electrification, and BMX are just a few of them.

With amazing features like the UHC Advanced carbon fiber frame, the feeling bike is very responsive, lightweight, and rigid. The Equilink suspension technology is featured on the Felt full suspension mountain bike.

On rough terrain, this lessens and smooths the suspension created by the pedals.

They’ve made a name for themselves in time trials and triathlons in recent years. Bayonet fork technology is used on Felt triathlon and time trial bikes. Aerodynamic efficiency and rigidity and speed, and control are all improved with this new technology.

To make each piece of the felt bike as nice as possible, Feltworks with in-house engineers to create every element.

Critical Cycles was formed in 2009 by another California bicycle enthusiast. Critical Cycles, known for its fixed-gear steel frame design, takes the “fixie” cycling style to a more accessible price.

After making a name for itself in the fixie sector, the firm swiftly expanded to include other types of casual bikes. Critical cycles were established with a single goal in mind. “We provide the greatest cycling solutions for commuters looking for high-quality, versatile bikes at a reasonable price.”

They did it by providing a choice of alternatives targeted at satisfying the demands of their consumers and allowing them to enter the city comfortably and conveniently.

These bikes are produced in California and are designed to be simple and practical. Their main goal is to produce low-cost, high-quality bicycles, which they have accomplished.

For commuting and leisure cyclists, the firm specializes in fixed gear, single-speed, and folding cycles.

It is also recognized for its lightweight city and commuter bikes, designed for various terrain. The framework’s lifetime warranty is one of the advantages of Critical Cycles, and there’s also a 30-day parts warranty.

Though the bike is not for everyone, they’re intended for folks on a tight budget who don’t want to sacrifice the performance of their bikes to save money.

Sixthreezero was formed in 2005 in a modest garage in Hermosa Beach, California, by friends and cycling enthusiasts, similar to many other inventive bike firms.

The first Sixthreezero motorcycles were made and marketed in Southern California when Sixthreezero became popular.

The firm soon relocated to a more appropriate facility in Torrance, California. This is appropriate for a cycling company that anticipates considerable growth in a short amount of time. This is the current state of the business.

To begin, they created several basic beach cruiser versions to encourage people to spend more time outside and enjoy the great California weather. Its reach has grown over time, and it now offers beach cruiser electric bikes that are hard to come from elsewhere.

The firm is delighted to provide bicycles that are long-lasting, dependable, comfortable, and inexpensive. They are completely confident in the product. You may test drive your bike for 365 days after purchasing it with the Sixthreezero. Customers can return their bike to Sixthreezero at any time throughout the first year if they don’t like it.

The first Santa Cruz bicycle was built in a garage in Santa Cruz, California, in 1993. It opened the path for many other rising companies on the market as pioneering brands. So far, this award-winning firm has created 16 different mountain bike brands. Women’s and children’s mountain bikes are included.

The corporation is a strong proponent of renewable energy. That’s why, for both hardtail and downhill bikes, we employ materials like carbon fiber and aluminum.

Tazmon was the first company to design a single pivot mountain bike with 80mm of travel. Santa Cruz eventually created a second prototype, the Reise-Heckler. Outland’s Virtual Pivot Point was completely patented in 1999.

Santa Cruz creates cutting-edge bicycle brands with Virtual Pivot Point (VPP). Two short connections that rotate in opposing directions were employed as a patentable effort. The brand is known for its ultra-efficient features that enhance the bike’s ride enjoyment.

Their basic thought was to create a better brand that would match the demands of all riders. Although testers are more expensive than other manufacturers, they are essential for downhill stunts.

Sports bikes, cross-country bikes, and women bikes are the three types of Santa Cruz bikes. The Santa Cruz bike comes in two versions: hardtail and full suspension. It has a strong stainless steel and aluminum frame.

Answers To More Questions About Bikes Made in the USA

What Mountain bikes are made in the USA?

There are various companies based in the USA that make mountain bikes; here are some of them:

Are Schwinn bikes made in the USA?

No, Schwinn bikes used to be built in Chicago, Illinois, until the 1980s, but they were imported from Asia after that.

What bicycles are not made in china?

There are many bikes that are made outside china; here are some of them:

Where are most mountain bikes made?

The majority of the mountain bikes are made in China and Taiwan.

With the rise of the manufacturing hub in China, many bikes and mountain bike companies shifted their operations to that country. However, a few purebred American brands still provide the same quality and standard that you have expected from a USA brand made at a reasonable price.

We hope you will choose from among the bikes that we have listed in our article. If you select one of the bikes from this list, please share your experience with our readers and compare it with other bike manufacturers you might have bought from.